News that Shook the Nation 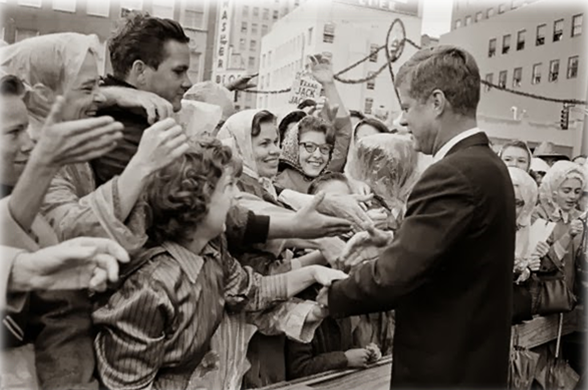 News that Shook the Nation

Almost every American who was alive at the time can distinctly remember where they were the moment they heard the news that President John F. Kennedy (JFK) had been shot on November 22, 1963. This is certainly the case for Larry Beck, a resident at Stevenson Oaks in Fort Worth. Beck was only a teen at the time. As a student at Burleson High School in the civics class, he and his classmates had an exclusive invitation to attend a breakfast with the Fort Worth Chamber of Commerce where the president would be speaking about military preparedness. Kennedy had already begun campaigning for reelection in 1964 having previously made stops in San Antonio and Houston before his final trip to the DFW area.

“When we arrived, we all stood in the parking lot and waited to find out who would be able to go inside and who would have to wait outside,” recalled Beck. Several thousand people had gathered alongside Beck and his classmates in the parking lot, despite the light rain, just to hear a brief address from JFK before the breakfast began. The President commented on the dedication found in the locals who didn’t let the slight drizzle discourage their attendance saying, “There are no faint hearts in Fort Worth.” With such a large crowd of hopefuls, Beck counts himself as one of the fortunate ones who was selected to stand along the wall while the President delivered his speech. “We didn’t get to approach him or get very close,” he recalled, “Jackie didn’t come out on the stage at first and I remember sensing that he was a little off until she finally joined him.” Beck also remembered the moment that Chamber officials presented the President with a Texas style, ten gallon cowboy hat at the event but he refused to put it on and mess up his neatly groomed hair.

Beck says that he enjoyed the event and knew he had experienced something special, but nothing could have prepared him or his young friends for what would come next. After cleaning up from the event, the teens were traveling back across town in their school bus when they heard over the radio that the President had been shot. “It was a surreal experience,” said Beck. The teens joined the nation in instantaneous shock as they discussed the events of the day with a spirit of disbelief, each reflecting on how they had shared the same room with the President only hours before.

Now, fifty-nine years later, Beck still counts himself fortunate to have been on the front row of history, even though he had to stand against the wall.